In the Indian Ocean it’s called Cyclone, around the Western North Pacific they call it a Typhoon, and in the North Atlantic they call it a hurricane. With possible windspeeds of over 135 kts from various directions, it is a real threat to mariners.

In this article we will focus on hurricanes in the North Atlantic.

For hurricanes to develop the following conditions are required:

Looking at these required conditions the area and the season where hurricanes can develop becomes clearer. Warm sea water temperatures, so in the summer months and close to the equator, but not too close.

When a hurricane reaches land, it loses it’s driving force. When it curves to the North it might form the basis for a depression later on over the ocean. The National Hurricane Centre issues Tropical cyclone forecast / advisory (TCM). Pilot charts indicate the months and tracks of past hurricanes. We will discuss pilot charts in a next article.

We should avoid sailing in the hurricane season, but occasionally hurricanes have developed outside these months. In the North Atlantic there are on average 12 hurricanes per season.

The hurricane warning signs are:

In the tradewind area the surface pressure varies throughout the day with a high pressure around 10am and 10pm, and a low pressure around 4am and 4pm. By plotting the barometric pressure every day in a 24 hr graph, a disturbance can be noted. If a system is strong enough to move/influence the Azores High it is worth knowing about!

A developing tropical depression might grow into a tropical storm and later into a hurricane. Hurricanes are classified using the Saffir – Simpson Hurricane Scale. A Category 1 hurricane has windspeeds > 65 kts, a Cat 5 hurricane more then 135 kts.

Since predicting the path of a hurricane is notoriously difficult the 123 Rule is used. An ‘area to avoid’ is plotted using the 34kts wind forecast + a safety margin for 24 – 48 – 72 hrs.

Pilot charts (discussed in the next article) provide information about the possible location and season of hurricanes. 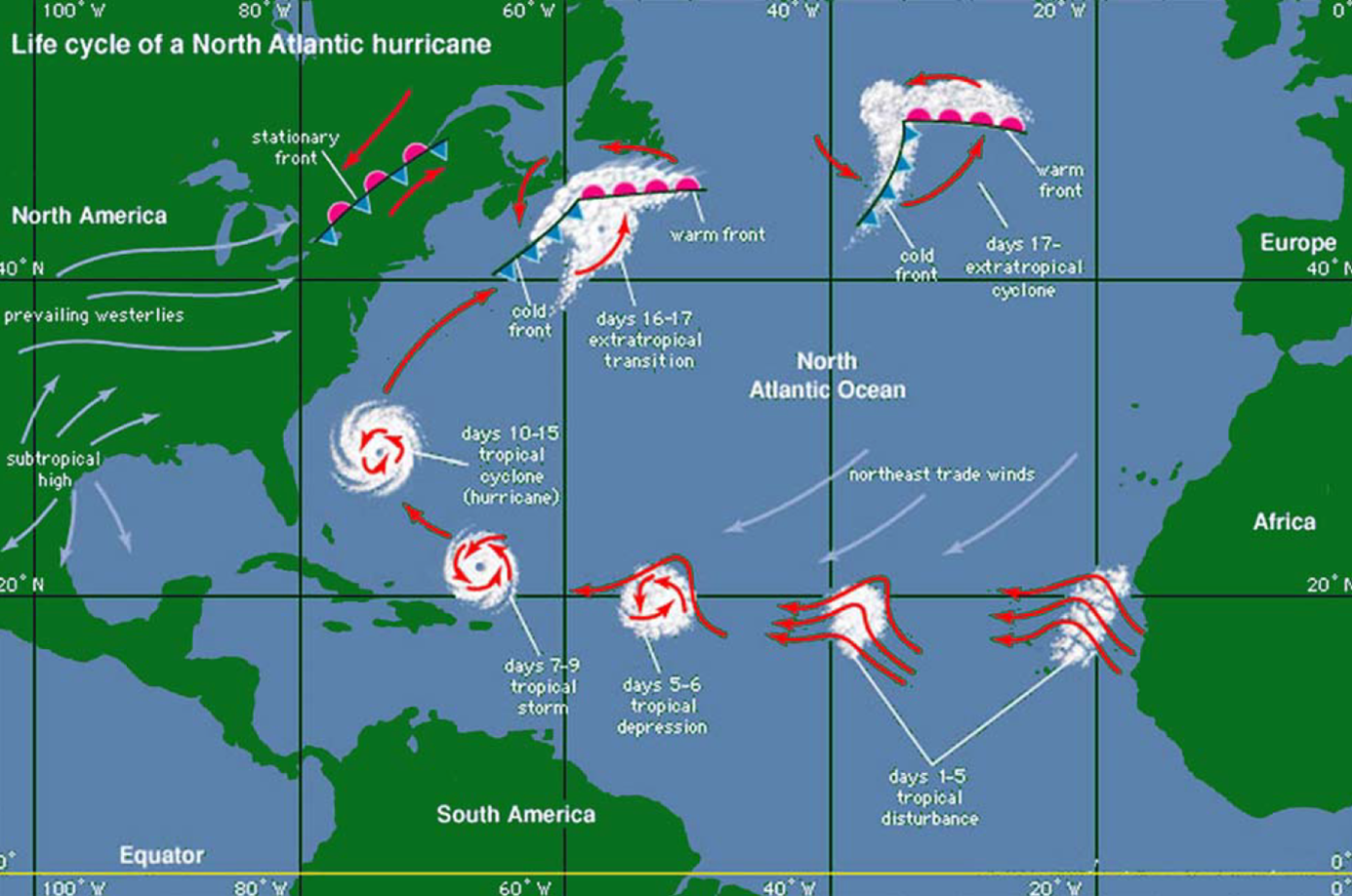