7. Sea-state, or the state of the sea

In this series of articles, we will discuss sea-state, shoaling at the continental shelf, hurricanes, pilot charts and finally the Atlantic circuit.
But let’s start with waves and sea state.

There are two sorts of waves, those created by the wind (called sea), and (ocean) waves that continue on without relation to local winds which are called swell.
Sea state is the effect that the local winds have on sea conditions – this is independent of travelling swell waves generated by winds outside of the local area. The Beaufort scale was originally introduced to describe how ships handled in specific wind and sea-state conditions. Nowadays a wind speed is assigned to the Beaufort scale.

Three factors determine the height of a wave: the windspeed (obvious), the duration (how long this wind has been blowing) and the fetch which is the length of water over which a given wind has blown. Strong winds with a short fetch or short duration will not result in high waves. Below is a table indicating the relation between windspeed and wave height with sufficient depth, duration and fetch.

When waves meet shallow water, obstacles or an opposing current (wind against tide) the nature of the wave changes. In this article we will focus on waves in decreasing depth.
When the depth decreases (depth < ½ wave length) the waves begin to interact with the seabed. The result of this friction is an increase in wave height: this process is known as shoaling. As the depth further decreases the wavelength gets shorter and the wave becomes steeper.
When the steepness (height/wavelength) becomes greater then 1/7 the crest becomes unstable and the wave will break.
With a windspeed of 5 Bft, significant wave height = 2m, and a wavelength of 14m, there might be a wave of almost 4m height and breaking waves are possible at a depth of 7m. A lee-shore with a long fetch can produce dangerous seas (example: Stortemelk in NW 7).

Breaking waves are dangerous, because when the wave is higher than the beam of the yacht (30-60% of the hull length) and it breaks on the beam of a yacht, capsize is a definite possibilty! 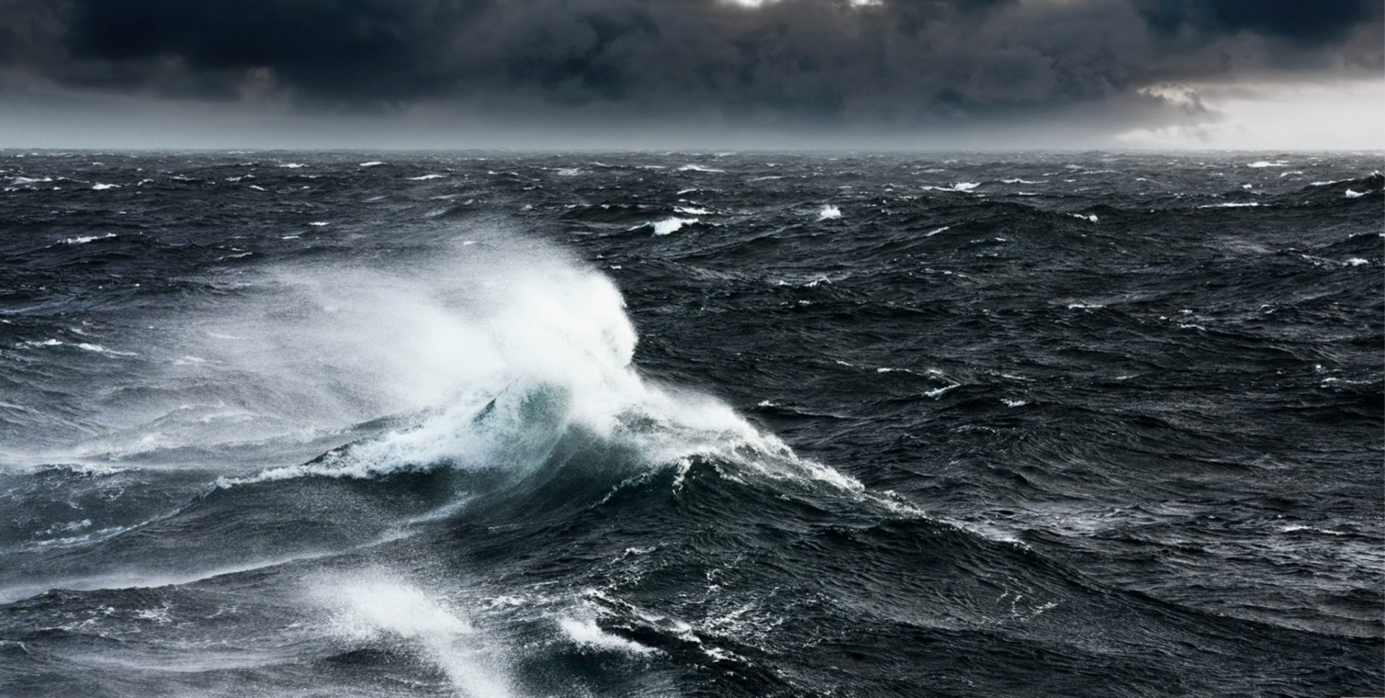